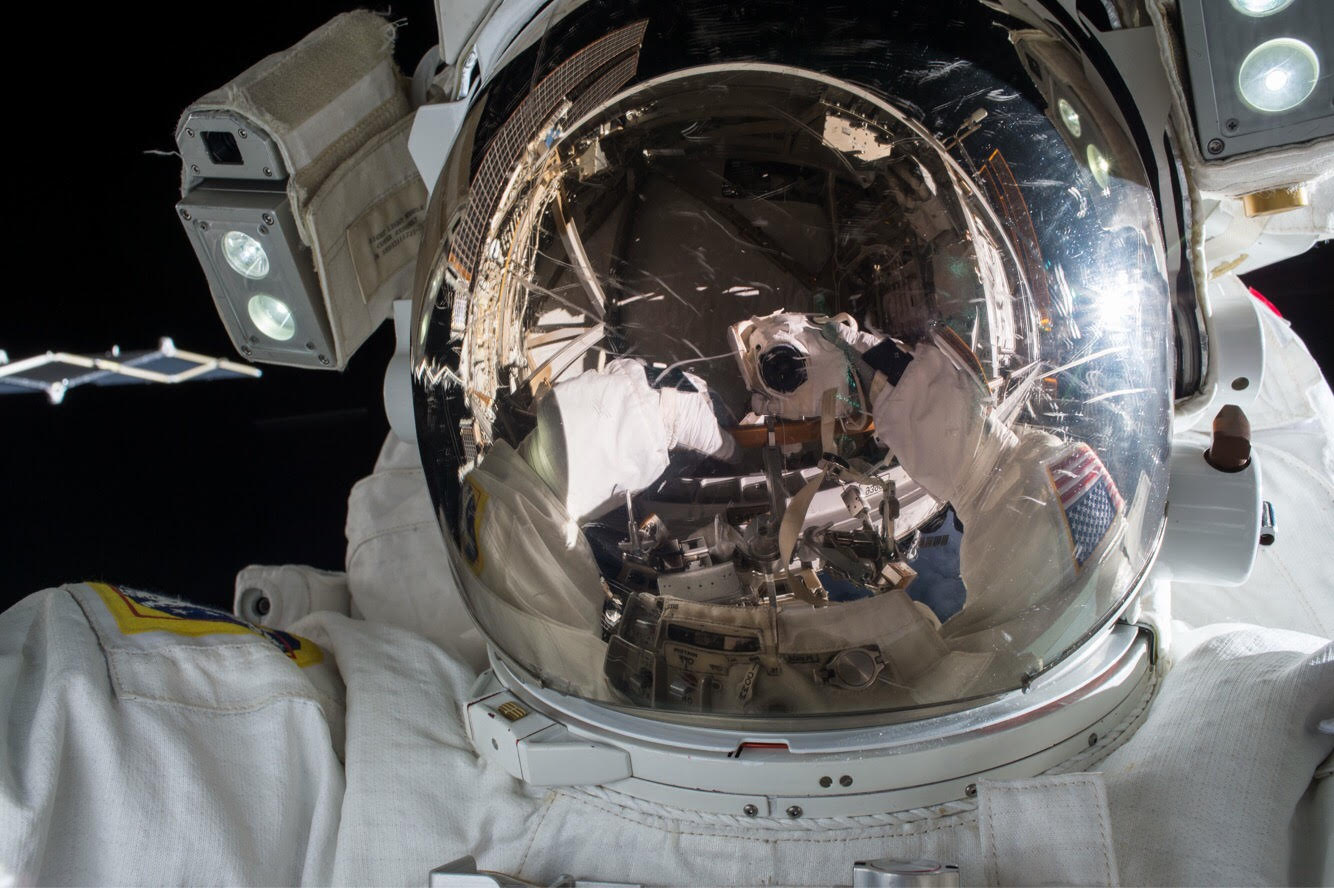 Why Do Astronauts Experience Vision Problems in Space?

NASA astronaut Scott Kelly returned to Earth last March as the first American to spend a year in space. His historic mission aboard the International Space Station “has helped to advance deep space exploration and America’s Journey to Mars,” said NASA administrator Charles Bolden in a press release.

Billionaire tech entrepreneur and SpaceX founder Elon Musk has announced that he plans to retire on Mars. He believes that humanity’s survival depends on its ability to expand to other planets.

There’s just one problem: “the vision thing,” as Air & Space magazine put it. Until experts figure out a solution to the vision impairment suffered by those who travel to space, playing golf on Mars will not be an option for any of us.

The No. 1 health and safety problem for astronauts

Impaired vision has been called the top-priority problem for astronauts who spend extended periods of time on the International Space Station (ISS).

In 2005, astronaut John Phillips spent six months on the ISS. During his post-flight physical, NASA found that his vision had gone from 20/20 to 20/100 in six months, reported the Washington Post. The tests showed that the actual structure of his eyes had been altered, a pattern of changes officially termed vision impairment and intracranial pressure (VIIP).

Nearly three-quarters of ISS astronauts experience changes in the structure or function of their eyes.

“The changes associated with VIIP include globe flattening, hyperopic shift, choroidal folds, and optic disc edema,” stated the Optometry Times. According to the Post, “Phillips’s case became the first widely recognized one of a mysterious syndrome that affects 80 percent of astronauts on long-duration missions in space.”

NASA says about three-quarters of ISS astronauts experience changes in the structure or function of their eyes during and/or after their mission. Some of these problems do not correct themselves upon return to Earth.

Impaired vision is considered both a health and a safety concern. “One U.S. astronaut discovered during reentry that he couldn’t read the checklist for landing,” stated an article in Air & Space. “Fortunately, crew members know the procedures virtually by heart.”

What causes vision impairment in space?

The vision problems and other effects of zero gravity on astronauts—such as backaches, bone loss, poor sleep, loss of balance, headaches, muscle atrophy, nausea, radiation exposure, and rashes—have been known about for years, according to Air & Space. The magazine explains: “On Earth, gravity pulls fluids to a person’s lower body. In space, fluids float upward with a number of unpleasant effects.”

Before a human trip to Mars, VIIP must be better understood.

These issues were thought of as minor and usually reversible. However, the longer astronauts spend in space, the greater the risks may be. “Before a human trip to Mars — a journey of six-to-nine months that NASA wants to achieve by the 2030s — researchers agree that VIIP must be understood better,” stated the Washington Post.

New research from UT Southwestern Medical Center may be the next piece of the puzzle. A study found that the vision deterioration in astronauts is likely due to the lack of a day-night cycle in intracranial pressure. Researchers found that in zero-gravity conditions, intracranial pressure is higher than when people are standing or sitting on Earth, but lower than when people are sleeping on Earth. This suggests that the constancy of pressure on the back of the eye is what causes the vision problems astronauts experience over time.

One doctor’s pressure-reducing goggles could solve eye problems on Earth and in space.

The study’s findings are already leading to the development of tools to lower intracranial pressure in astronauts for periods of time, including using a negative pressure box or suit fitted around the lower body, as well as a vacuum device that pulls blood away from the head.

John Berdahl, M.D., is part of a group of experts working with NASA on solving the problems associated with VIIP. He has proposed the idea of goggles that would put a slight vacuum in front of the eye to reduce some of the atmospheric pressure.

Not only might these theoretical goggles be useful for treating eye problems in zero-gravity, but they would also allow doctors on Earth to treat glaucoma in a nonsurgical, nonpharmacologic, and titratable manner, Dr. Berdahl explained to the Optometry Times.

While most doctors’ focus is on treating Earthly patients, of course, the possibilities for the future of space travel are undeniably exciting. The day that a person sets foot on Mars would be a “unifying moment” for the world, Dr. Berdahl said. “And if eye doctors can play a small part in this by helping astronauts, I’m in.”

Be sure to subscribe to our monthly email newsletter to stay on top of the latest trends in health care.