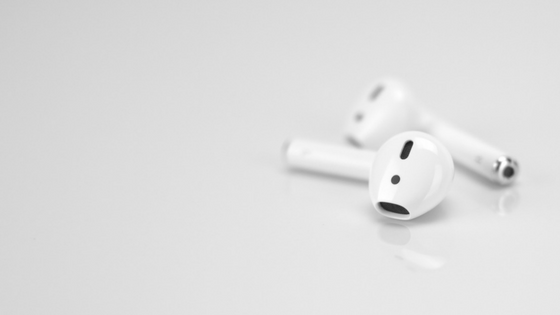 Are Hearables the New Wearables?

The possibilities of in-ear technology go far beyond wireless earbuds

Wearables are on the rise again, despite sagging sales and stock prices for Apple Watch, Fitbit, and others in 2016. And now there’s a new digital health tool in town: hearables. As we mentioned in our post, What’s to Come for Health Care in 2018, this emerging technology ranges from Bluetooth-connected wireless earbuds to voice-activated devices that improve hearing and more.

According to EverydayHearing.com founder Lindsey Banks, Au.D., “Essentially you have a microcomputer that fits in your ear canal and utilizes wireless technology to supplement and enhance your listening experience. Many hearables will also feature additional features such as heart rate monitoring.”

Here’s a look at some of the top features of hearable technology.

One of the most obvious applications for in-ear technology is to improve hearing loss, a condition affecting 48 million people – including one in three people over age 65. Indeed, hearing aid companies have been working on wireless technology for years, as they recognize that users want a device that does more than correct and amplify sound, but also syncs with their smartphones.

Hearing aids are adding new technology such as smartphone-syncing and audio streaming that transforms them into hearables.

On EverydayHearing.com, Banks lists three categories of devices that are adding new technology “to transform them into true hearables”: hearing aids, personal sound amplifiers (PSAPs), and headphones or earbuds. As doctors know, but patients may not, PSAPs and over-the-counter hearing aids are not the same as FDA-approved hearing aids, and are only intended for adults with mild to moderate hearing loss, not those with more severe cases.

For more on this topic, see Myths and Facts About Over-the-Counter Hearing Aids

Of the devices classified by the FDA as hearing aids, Banks lists five with built-in hearable technology. These include Starkey Halo, Resound LiNX3D, and Beltone First. These devices sync with smartphones, allowing users to control volume and tone from their phones, and to stream phone calls, music, and audio directly to their hearing aids.

A common feature of hearable technology, from hearing aids to earbuds, is what’s called “layered listening,” which is “the audio equivalent of augmented reality,” according to Hearing Health & Technology Matters. “Layered listening allows the user to filter out specific sounds or to enhance other sounds,” similar to tweaking a traditional hearing aid, though in this case it’s done via smartphone app.

David Cannington, co-founder of earphone startup Nuheara, told The Guardian that he believes “the real opportunity for earbuds is in using the tiny microprocessors to improve hearing.” The new earbuds can achieve that even in people who do not have hearing issues, with enhanced noise-canceling technology that blocks out background noise but allows speech to pass through.

Consider being proactive in your patient education to address issues related to hearing loss and these new technologies. Make sure patients know that these earbuds are not medical devices and cannot improve hearing impairment. But also show them what today’s hearing aid technology can do, and how the appearance and functionality of hearing aids has improved dramatically since their parents’ or grandparents’ generation.

One application of hearable technology in particular that’s exciting to both consumer electronics companies and the medical industry alike is its biometric capabilities.

In-ear biometrics are more accurate than those tracked by wrist wearables.

Emerging hearable technology will continue its rapid growth in 2018, experts predict. Juniper Research estimated it will grow 500 percent in the next five years, thanks in part to smartphone companies like Apple retiring the headphone jack.

Right now, the hearables market may be divided into different types of consumers: those seeking improved hearing, those interested in tracking their health, and those simply chasing the next cool tech, but the lines between those groups will likely start to blur.

As Health Tech Insider reported, “While the hearables category may have gained traction in the fitness market, it now has the capacity to appeal to those with hearing loss, reduce the stigma of hearing aids, and improve hearing loss earlier in life.”

To find out more about Rendia’s hearing loss patient education, check out our featured audiology videos.